July 11, 2013 – Vancouver, BC – Southern Arc Minerals (TSX-V: SA, OTCQX: SOACF) (“Southern Arc” or “the Company”) is pleased to announce the results of an initial National Instrument 43-101 (“NI 43-101”) compliant resource estimate for its West Lombok property. SRK Consulting (Canada) Inc. (“SRK”) has estimated an Inferred Resource totalling 1.49 million ounces of gold, 1.82 million ounces of silver and 397.3 million pounds of copper from three open-pittable epithermal gold deposits and one porphyry copper deposit. The Raja, Bising and Tibu Serai epithermal gold deposits are estimated to contain 11,783,000 tonnes averaging 1.5 g/t gold for contained metal of 567,820 ounces of gold, with an additional 1.82 million ounces of silver in the Raja deposit. The Selodong porphyry copper mineralization is estimated to contain 66,750,000 tonnes averaging 0.43 g/t gold and 0.27% copper for contained metal of 922,800 ounces of gold and 397,324,000 pounds of copper within two zones: Montong Botek and Blongas. All the resources reported have been constrained by Whittle optimized open pit shells.

SRK has reviewed and authorized this press release and is preparing an NI 43-101 technical report outlining the resource estimate that will be filed within 45 days on SEDAR at www.SEDAR.com.

“This maiden resource estimate for West Lombok confirms Southern Arc’s model for a multi-pit project on a number of epithermal gold deposits on the property and enhances the area’s potential for bulk tonnage porphyry copper-gold mineralization,” said Dr. Mike Andrews, Southern Arc’s President and Chief Operating Officer. “The mineral estimate reported here is based on drilling at only four locations in the 13 km by 7 km mineralized belt. Both Southern Arc and SRK feel the resource estimate could be expanded and upgraded with additional exploration.”

The Canadian Institute of Mining, Metallurgy and Petroleum (“CIM”) Definition Standards for Mineral Resources and Mineral Reserves (2005) require that there be “reasonable prospects for economic extraction” and selection of appropriate cut-off grades for mineral resource estimates. To determine the quantities of material offering “reasonable prospects for economic extraction” by open pit, SRK used a Whittle pit optimizer and reasonable mining assumptions to evaluate the proportions of the block models that could be reasonably expected to be mined. Only these blocks were included in the stated resource estimate.

The drill results database used to estimate the West Lombok Project mineral resources was audited by SRK. SRK is of the opinion that the current drilling information is sufficiently reliable to interpret with confidence the boundaries for epithermal gold and porphyry copper mineralization and that the assay data are sufficiently reliable to support mineral resource estimation.

Epithermal gold mineralization occurs within the West Lombok Property as linear, steeply-dipping, tabular silica-rich bodies that are associated with advanced-argillic alteration of the host Tertiary volcanic rocks. The field term mineralized structural breccia (“MSB”) has been applied by Southern Arc geologists to describe the property’s style of mineralization. Two main centres of such gold mineralization have been defined: the Pelangan and Mencanggah prospects. The breccia bodies at Pelangan can be up to 30 metres wide and can extend more than 1,000 metres along strike. At Mencanggah, the breccia bodies are up to 100 metres wide and form zones in which some of the breccia bodies extend more than 1,000 metres along strike. Drilling has shown that the down-dip of these breccias extends beyond 300 metres in depth. In total more than 30 km of aggregate strike length of MSBs have been mapped in West Lombok.

Close-spaced drilling of the MSBs to depths of 300 metres has been undertaken at only four locations within the Pelangan and Mencanggah prospects. Three of these locations – Raja, Bising and Tibu Serai – showed continuity of mineralization adequate to yield Inferred Resource estimates. Figure 1 shows the locations of the resources defined to date as well as the full extent of MSBs outcropping within the West Lombok Mineral Belt.

Moderate to high prospectivity porphyry targets have been identified at Montong Botek, Blongas, Mahoni, Belikat and Makam Kedaro in the Selodong prospect; at Bising and Telekur in the Mencanggah prospect; and beneath Batu Sendi and Lala in the Pelangan prospect. A number of the targets have already had a limited amount of drill testing; however, most of the drilling has been focused on the Montong Botek and Blongas targets, which host the copper-gold resource reported here.

SRK’s report states that: “The West Lombok Property hosts at least four separate mineral deposits within a 10-km strike length. Both epithermal gold and porphyry copper-gold deposits have been identified and a large portion of the property still remains to be explored in detail. All deposits identified so far are still open along strike and at depth and further drilling could discover additional mineralization, especially at Raja where the possibility of finding mineralization that could be amenable to underground mining seems very good.”

SRK has recommended that the following programs are warranted to advance the West Lombok Property. The locations outlined below are shown in Figure 1.

“This resource estimate represents a major milestone for Southern Arc and demonstrates that the West Lombok property holds significant potential on both the epithermal and porphyry fronts,” said John Proust, Chairman and Chief Executive Officer of Southern Arc. “With this resource estimate in hand, we are now in a position to advance substantive conversation with potential partners to fund and advance the West Lombok property.”

Southern Arc Minerals Inc. is a Canadian mineral exploration company focused on gold and copper-gold exploration. The Company’s key exploration property is its West Lombok project, with several gold-rich copper porphyry and epithermal gold vein prospects. Southern Arc is listed on the TSX Venture Exchange under the symbol SA and on the OTCQX International under the symbol SOACF. More information is available at www.southernarcminerals.com or by emailing This email address is being protected from spambots. You need JavaScript enabled to view it..

National Instrument 43-101 Standards of Disclosure for Mineral Projects (“NI 43-101”) is a rule developed by the Canadian Securities Administrators, which established standards for all public disclosure an issuer makes of scientific and technical information concerning mineral projects. All resource estimates contained in this circular have been prepared in accordance with NI 43-101 and the Canadian Institute of Mining, Metallurgy and Petroleum Classification System.

The resource estimation described in this document was completed by Dr. Gilles Arseneau, P.Geo (APEGBC) of SRK, an appropriate “independent qualified person” as this term is defined in National Instrument 43-101 (“NI 43-101”). SRK has audited the drill results database used to estimate the West Lombok Project mineral resource, and is of the opinion that the current drilling information is sufficiently reliable to interpret with confidence the boundaries for epithermal gold and porphyry copper mineralization and that the assay data are sufficiently reliable to support mineral resource estimation. Dr. Arseneau has completed a site visit to the West Lombok Project and has reviewed Southern Arc’s drill program and sampling protocol, and is of the opinion that the QA/QC data and sampling programs are acceptable for the purpose of resource estimation.

The technical information in this document has been reviewed by Southern Arc’s President & Chief Operating Officer, Dr. Mike Andrews, PhD, FAusIMM, who has sufficient experience relevant to the style of mineralization under consideration and qualifies as a Qualified Person as defined by National Instrument 43-101.

The drill program and sampling protocol is managed by Southern Arc under the supervision of Andrew Rowe B. App. Sc. Geology, MAusIMM, Southern Arc’s Executive Vice President,. Mr. Rowe has over 20 years of international mineral exploration experience throughout Southeast and Central Asia and Australia. During this time he has held such positions as Principal Geologist – Feasibility Studies, Senior Geologist and Consulting Geologist.The diamond drill holes are drilled at PQ, HQ and NQ sizes depending on hole depth and core recovery to date has averaged better than 97.5%. Half core is cut by rock saw and is generally sampled using nominal 1-metre intervals; however, sample intervals are varied according to geological contacts and have ranged between 0.2 to 2.5 metres in length. Three quality control samples (one blank and two standards) are inserted into each batch of 40 samples. The half core samples are securely transported from the project site to the Intertek Testing Services (“ITS”) sample preparation laboratory in Sumbawa Besar via private truck hired by Southern Arc. Sample pulps are then sent to the ITS Jakarta laboratory by ITS. Gold is analysed by fire assay with AAS finish and a four-acid digestion with ICP-MS finish is used to analyse a full suite of elements including silver and base metals. ITS is one of the world’s largest product and commodity testing, inspection and certification organizations. The Jakarta laboratory is ISO 17025 accredited and employs a Laboratory Information Management System for sample tracking, quality control and reporting.

This news release contains forward-looking statements relating to expected or anticipated future events and operations, timing of projects and anticipated results that are forward-looking in nature and, as a result, are subject to certain risks and uncertainties, such as general economic, market and business conditions, the regulatory process and actions, the need to obtain permits, the need to work with local communities and authorities to advance the properties, technical issues, new legislation, competitive and general economic factors and conditions, the uncertainties resulting from potential delays or changes in plans, the occurrence of unexpected events, and the Company’s ability to execute and implement future plans. Actual results achieved may vary from the information provided herein as a result of numerous known and unknown risks and uncertainties and other factors, including uncertainty related to drill results and the inclusion of drill results in future resource estimates for the property. There is no representation by the Company that actual results achieved during the forecast period will be the same in whole or in part as that forecast. 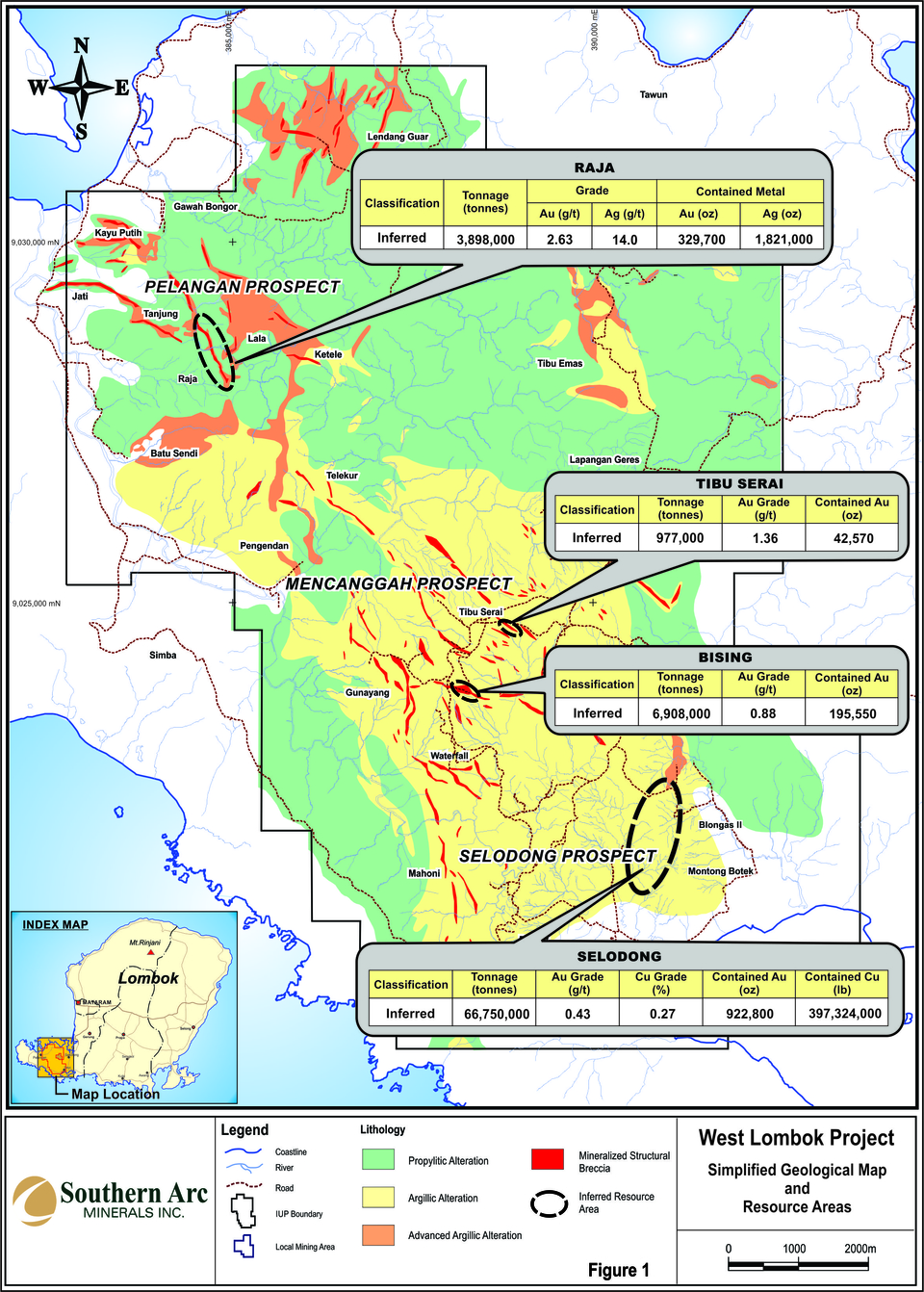 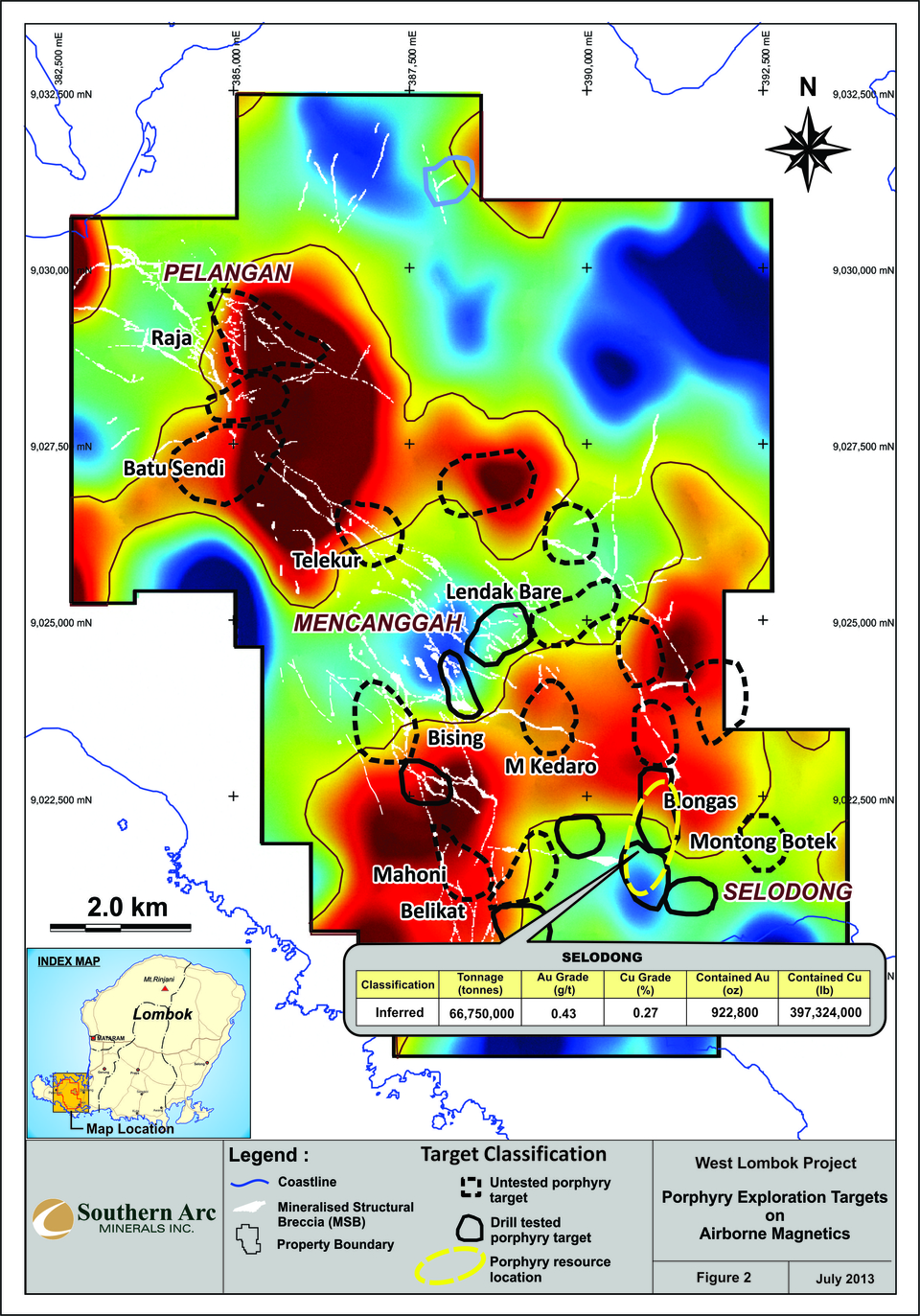